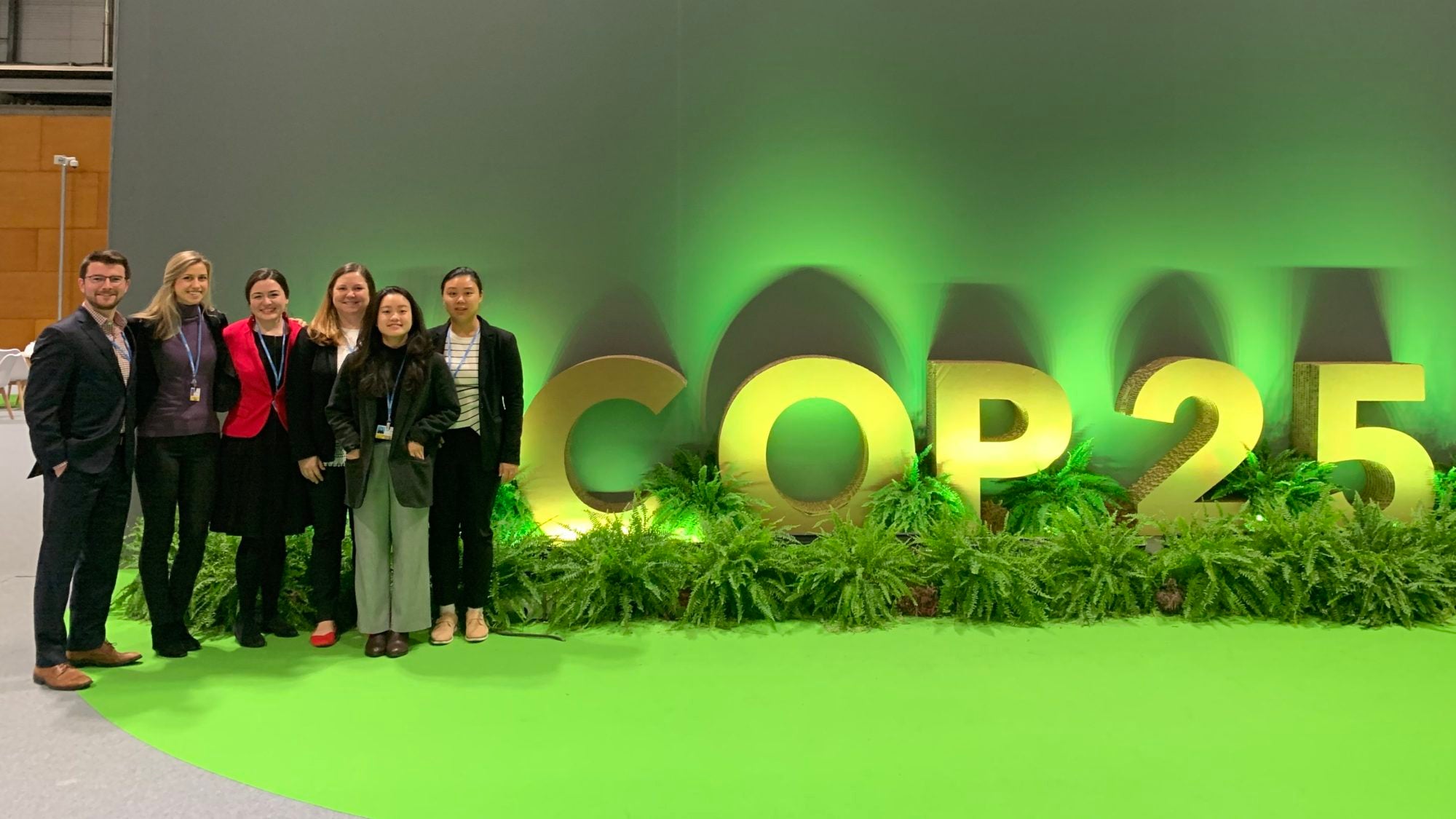 The 25th Conference of the Parties to the United Nations Framework Convention on Climate Change (COP25) was held in Madrid, Spain in December 2019.

“Witnessing the negotiations in-person was a spectacular opportunity,” said Britton. “Every day we had the chance to hear from well-known policymakers, activists, and global thought-leaders like Al Gore and Greta Thunberg, as well as learn about new research from leading scientists and think tanks from all corners of the world. The COP was definitely an experience I’ll always remember and draw on in my academic and professional career.”

COP25 was widely reported as a particularly contentious meeting, and the students witnessed first-hand the challenge of collective action and international diplomacy. According to Song, “The highlight of the trip was sitting in on the plenary session at the end of the COP25” when the negotiations failed to reach agreement on several key issues. Despite the impasse, Carstens remarked how “the best-practice sharing occurring at the COP was an inspiring reminder that collective climate action remains very much alive and well, on many different levels and in myriad manifestations.”

Several of the students reflected on how this experience has influenced their career decisions. Song said that “attending  COP25 challenged me to reassess how I should utilize my training at Georgetown to make a positive difference in the global scale.” Grosman Fernández, who plans to pursue a career in climate policy, said that she “gained an invaluable understanding of emerging approaches to mainstreaming gender considerations into climate strategies to leverage innovative solutions from women around the globe.”

In partnership with the Georgetown Climate Center and the University of Montreal, Georgetown University organized an official side event on transportation emissions in North America.” Speakers from California, Hawaii, Massachusetts, Minnesota, and Quebec discussed efforts underway in US states and Canadian provinces to reduce transportation emissions.

Funding for the students to travel to Madrid was provided by the Institute for the Study of Diplomacy, the BMW Center for German and European Studies, the Asian Studies Program, and the Science, Technology and International Affairs Program at Georgetown’s School of Foreign Service.