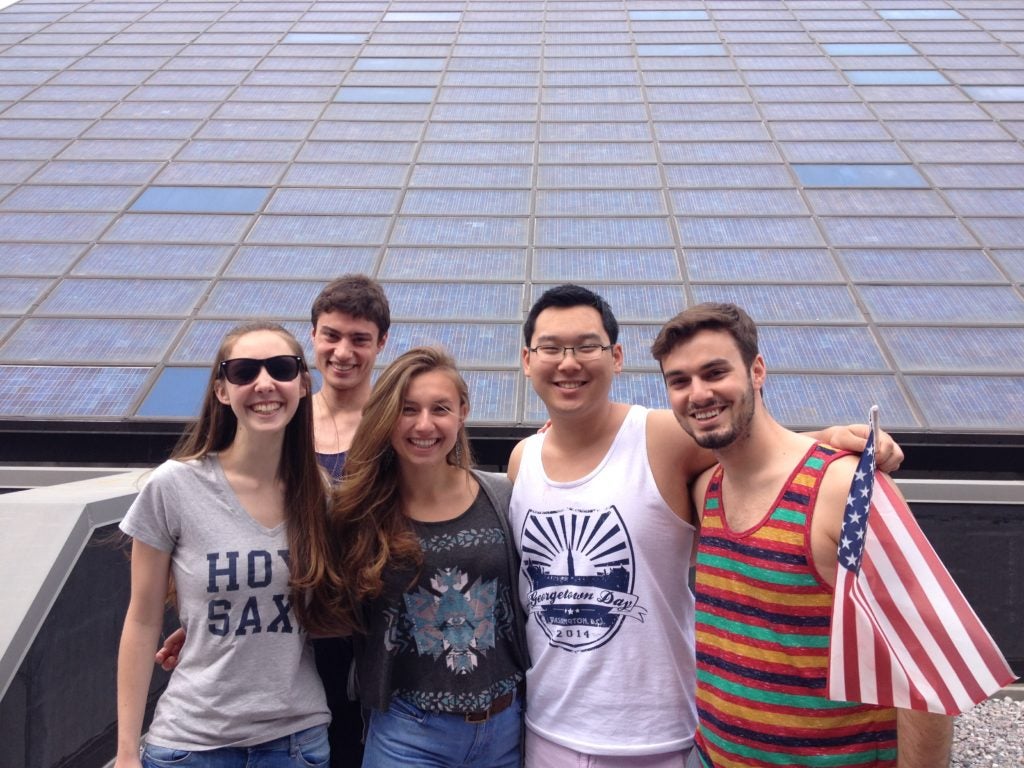 Over the past century, innovation in science and technology has dramatically transformed modern society. The accelerating pace of technological and scientific innovation has created new challenges related to environmental sustainability, cybersecurity, the amplified reach of radical ideologies, and modern warfare. More than ever, leaders in government and the private sector must be able to understand fundamental concepts in science and technology to fully grasp the complexity of today’s global policy problems.

Drawing on Georgetown’s expertise across international affairs, public policy, global health, environmental studies and security studies, the School of Foreign Service (SFS) established the Science, Technology and International Affairs (STIA) program in 1982 to educate the next generation of leaders skilled in science and technology, create knowledge that will advance cross-cutting solutions for today’s most pressing issues, and drive innovation at the nexus of science and international affairs. The major developed out of a certificate within the International Politics major, propelled by the Cold War and associated anti-nuclear protests, as well as increased awareness of the vanishing ozone layer and other environmental concerns. The first student with a certificate in Science, Technology and International Affairs (STIA) graduated from SFS in 1983. That year STIA officially became a program directed by Richard Scribner, who served in that role until 1992. STIA became a major in the SFS undergraduate program in the early 1990s.

The STIA program is supported by its outstanding faculty. Our faculty are not only extraordinary scholars who are among the most research active faculty on campus – STIA faculty have also been heavily engaged in reforming the way students engage with the Georgetown curriculum. The STIA program is also leading the implementation of an innovative, policy relevant science requirement for all School of Foreign Service students as well as new contributions to its renowned graduate programs.

STIA graduates are successful entrepreneurs, scholars and policymakers. STIA has trained a disproportionately large percentage of Georgetown’s Rhode Scholars, Truman Scholars, Fulbright Fellows, Circumnavigator Fellows, and other prestigious award recipients. The STIA major is now easily the second largest in the School and continues to grow. We currently average about 80 majors a year, and well over 100 students annually from across the university enroll in the STIA gateway course.